Delicious cream cheese mixed with scrumptious chocolate while placed on a ground nut base. If that’s not irresistible the chocolate glaze on top should be.

As I recently have a little time, I had been surfing on the web a few days ago. In need of new, exciting thoughts, inspirational dishes that I’ve never tried before, to treat my family with. Searching for quite some time unfortunately could not find lots of interesting stuff. Just before I thought to give up on it, I discovered this scrumptious and simple treat by luck at Suncakemom. The dessert seemed so mouth-watering on its pic, that required immediate action.

It was not so difficult to imagine the way it is made, its taste and just how much my hubby is going to enjoy it. Actually, it is quite simple to impress him in terms of puddings. Yes, I’m a blessed one. Or perhaps he is.Anyways, I visited the blog and then used the simple instuctions which were combined with nice pics of the operation. It really makes life much easier. I could imagine that it is a bit of a inconvenience to take photos in the midst of baking in the kitchen as you may ordinarily have sticky hands therefore i seriously appreciate the hard work she devote to build this blogpost .

With that in mind I’m inspired presenting my very own recipes in a similar way. Many thanks the concept.

I had been fine tuning the initial recipe to make it for the taste of my family. I can tell you it turned out an incredible success. They enjoyed the flavour, the overall look and loved having a delicacy such as this during a lively workweek. They ultimately demanded lots more, a lot more. Hence the next occasion I am not going to make the same mistake. I am gonna double the volume to keep them happy.

This was inspired by Chocolate Cheesecake Recipe from SunCakeMom 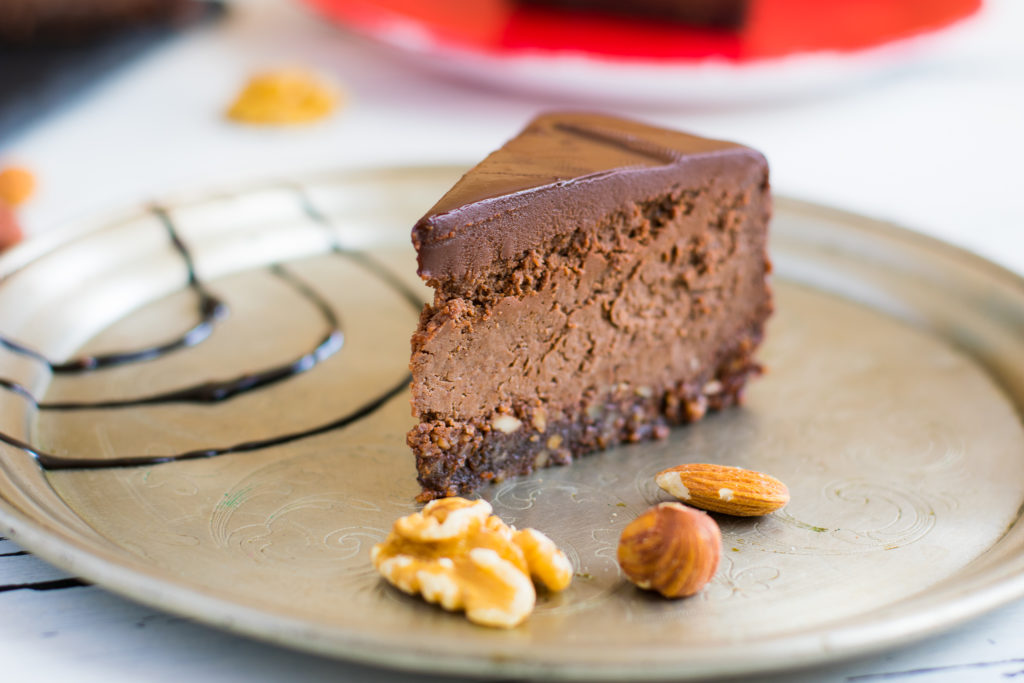 Press the crust mixture evenly into the bottom of the cake tin.

Prepare the cream. Break and melt chocolate in a medium size bowl and put it aside as it’s better not to mix it too hot with the other ingredients.

Put cream cheese, Agave syrup, sour cream, and vanilla extract into a mixing bowl and whisk them together evenly.

Put eggs into the mixture one by one.

Make sure they are incorporated well.

Turn off beater and fold melted chocolate into the cream.

Mix the chocolate with the cream evenly.

Pour cream into the cake tin and put it in the preheated oven for 40 minutes.

Take the cake out of the oven.

Let it cool down.

Cut the top off if the middle falls too deep down.

Spread some chocolate around the side as well.

Leave it in the fridge over night before serving it.