Fancy some deep fried treats but the last batch of donuts broke our heart? Fry the donut holes to fill that hole in our chest… or belly!

As I most recently have a little time, I had been surfing on the web last week. Trying to find new, stirring thoughts, inspiring dishes that I have never tried before, to astonish my family with. Looking for a long time yet could not find any interesting stuff. Right before I wanted to give up on it, I came upon this delicious and easy treat simply by chance on Suncakemom. It looked so delicious on its pic, that required urgent action.

It was not difficult to imagine the way it’s made, how it tastes and how much boyfriend might like it. Mind you, it is quite easy to impress the man when it comes to desserts. Yes, I’m a lucky one. Or possibly he is.Anyhow, I went to the page and used the step by step instuctions that have been coupled with wonderful shots of the task. It just makes life rather easy. I could suppose it’s a bit of a inconvenience to take photos down the middle of cooking in the kitchen as you typically have sticky hands so that i seriously appreciate the commitment she devote to build this blogpost .

That being said I’m inspired to present my very own formulas in a similar way. Many thanks the thought.

I was fine tuning the original mixture create it for the taste of my loved ones. I can mention it absolutely was an awesome outcome. They loved the taste, the overall look and loved having a delicacy such as this in the middle of a busy week. They quite simply wanted lots more, a lot more. Thus the next time I’m not going to make the same miscalculation. I am going to double the amount to make them pleased. 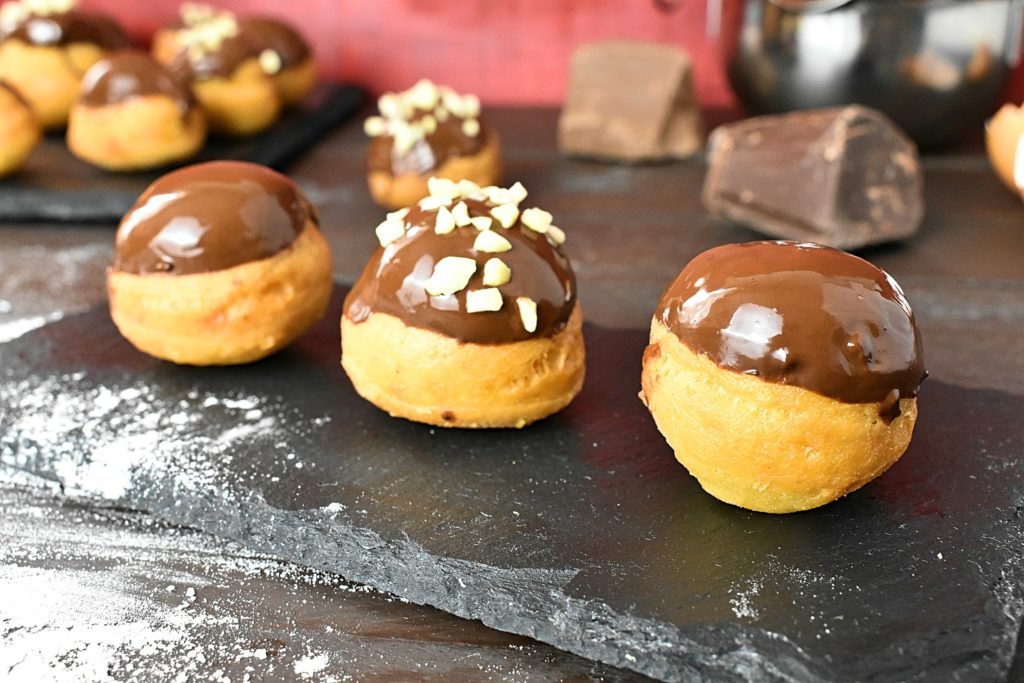 Add yeast to half of the lukewarm milk or water and stir it well. Allow it to sit for five minutes. If it starts to bubble don’t worry it’s only the yeast working and it’s completely normal.

Put flour, egg yolks, butter and the rest of the milk into a big bowl. Pour in the milk and yeast mixture too.Knead until the dough is completely uniform.

Fold the egg whites into the dough.

Place the dough in a lightly floured bowl.

Cover and leave it in a warm place for half an hour to rise.

When dough is risen, turn it out onto a well-floured surface. Dust the top of the dough lightly if it’s too sticky.

Use a rolling pin to flatten it out about one finger thick.

Use the smallest circle cookie cutter to cut out bite size doughnuts.

Leave them covered in a draft-free, warm spot for another 20 minutes to rise again.

Fill frying pan with oil and heat until sizzles. Don’t put donut into oil before it’s not hot enough. Be patient.

Place doughnuts into the frying pan upside down and put the lid on top. Be careful, hot oil can burn us badly. They float to the top and puff up quickly.

Flip them over to the other side.

When they are golden brown, take them out onto a kitchen towel to drain a bit.