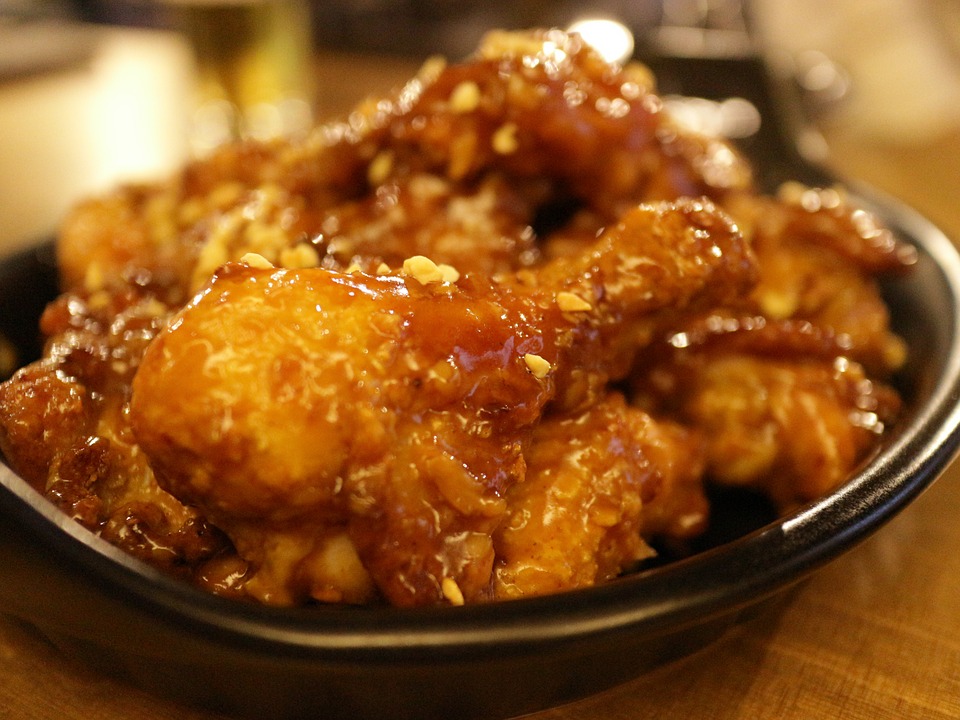 Today, I offer my slow carb version of Orange Chicken.

The ingredients are for one portion. From my research, I gather that the bean sprouts are legumes. Which means that this recipe is good for a whole meal!
1 chicken breast
half of each green and yellow summer squash, sliced (that’s what I had in the house. You can use any veggies you want)
one or two stalks of celery, chopped
one to three green onions, chopped
a cup or two of mung bean sprouts (optoinal – not paleo-friendly)
1/2 tbsp crushed red pepper (adjust to your spice tolerance)
1/2 tsp orange zest
1 tbsp soy sauce

In a tad of EVOO, cook the garlic, ginger, and red pepper until the oil is hot.
Stir fry chicken in the oil until cooked (not too done though).
Add the summer squash and celery and cook until they start to get tender.
Add green onions and orange zest to the mix.
Make a hole in the center of the pan and drop in the egg. With your spatula, begin to scramble the egg as it cooks. After it’s mostly cooked, mix it in with the rest of the ingredients.
Put the chicken and veg in a bowl to the side, and squirt in some soy sauce to pick up the flavor in the empty pan.
Toss the bean sprouts and the soy sauce together. Cook until warm (don’t want to let them get too tender).
Add your beans to a plate, and top with the chicken and veggies.
To mince my garlic and ginger, I use a food processor. I chop them up very roughly and then buzz them with the processor. It could just be in my head, but it seems to open up and blend the flavors more.

If you don’t have an orange zester, it’s easy enough to use a steak knife and sort of drag the blade across the orange. You’ll see tiny pieces of zest sticking to the knife. That’s what goes into the pan. You’ll notice that with the zest you still get the flavor of the orange without the sugar in the juice that’s usually used in an already sugary sauce.